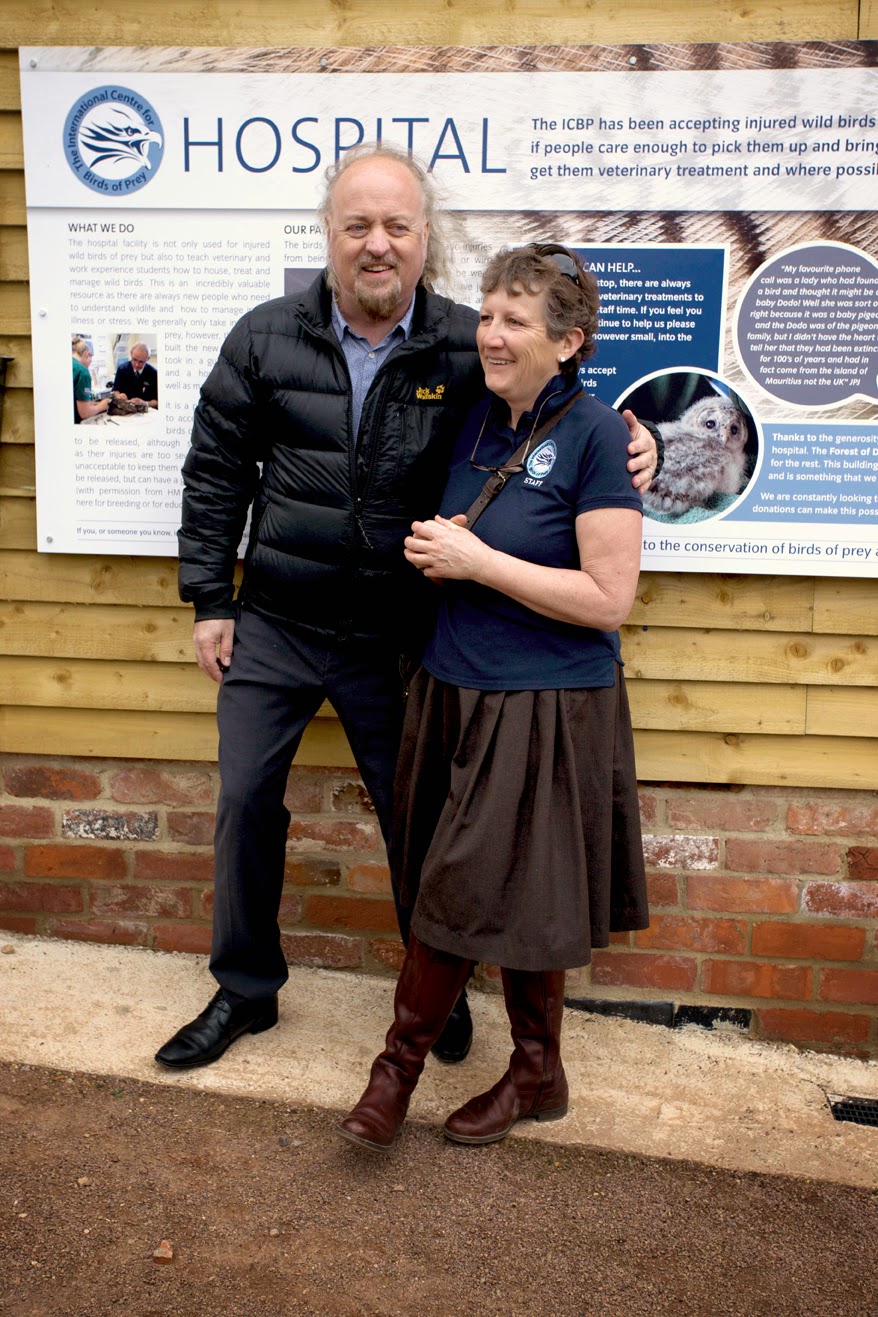 Bill Bailey has been a great supporter of the centre since an experience in China left him appalled at finding a 'live Owl' on the menu. He subsequently purchased the owl from the restaurant and released it back into the wild.