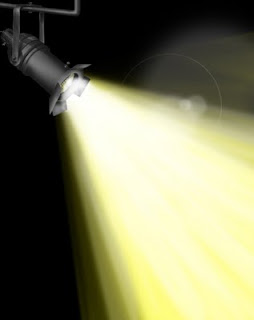 Since I last spoke to you, my life has been full of all sorts of varied activities: Fly fishing, theatre, and bats (all will be explained). Quite frankly I have been very busy. However, the prime reason to write to you today is to tell you of two, yes two, wonderful theatre productions which are quite simply awesome, and very different from each other! I don't see myself as a critic, but both of these performances have impressed me to the extent that I want to tell you what you are missing...
The first: Lord of the Flies, took place at Regent's park on Friday (27 May), and it was simply astounding. The book by William Golding has long been a favourite of mine and the adaptation by Nigel Williams was just perfect. It is on until the 18th of June, but I would advise that you book as soon as you are able, take a look here... For those of you who haven't been to Regent's Park open air theatre, here are a few tips: Take an extra layer, it does get chilly after dark! The BBQ is great, but there is no replacement for a home-made picnic. If you want coffee take a flask (trust me on this one!) Take a picnic blanket as this can help ease discomfort – the seats are a tad firm...Above all else, get there early as people flock to the picnic area, and you need to be there in plenty of time to enjoy it all. I left feeling like I could sit through it all again (perhaps with an extra cushion on the seat...) and I cannot fault the incredibly talented cast. If you love theatre, if you love Lord of the Flies, then book now before you regret it.

The second: One Man Star Wars Trilogy, What can I say, I have a varied taste in theatre and I do lean towards slight nerd status on occasion! This little classic took place last night (30 May), in Kingston's Rose Theatre. I have to confess to not knowing quite what to expect from this one man show, but I was blown away. Charlie Ross, the mastermind behind this 60 minute slice of the Star Wars Trilogy (pre-quels not included) is simply amazing, he manages to include every important aspect of the movies, whilst slipping in and out of character with ease, often covering four or five different charcters in less than a minute and all delivery with perfect timing. I was surprised I could keep up, but he made it very easy to follow. If you like Star Wars, you will love this! Word of advice though, if you are too close to the stage, you may get a little damp... I would sit at least six foot back if I were you. He is performing again at Southbank, tonight (31 May) and tomorrow (01 June) – in a word brilliant! If you miss him this time, I would keep my eyes and ears open for the next tour. You can see the website here...

But onto more everyday and perhaps much more important things? You decide:

I took some time to go fly fishing with my Dad in the Lake District. I left on a balmy summer evening (Surrey) and arrived in deep midwinter (Manchester). Needless to say, despite having experienced this phenomenon before, I still failed to pack sufficient clothes to protect me from the northern elements. It's a good job that fishing is a sometimes solitary pastime: I spent the day fishing in my father's borrowed anorak. It came down to below my knees (which as it happened, was a good thing due to the horizontal rain) and the hood was so large that I had to tilt my head bad at 45 degrees to see (both hands on the rod you see!) a combination of which did not make for a good look..

For those of you who are fly fishermen/women, you may well be aware that the cold and wet is not the best time lure trout out. Well, I had driven a long way and weather or no weather I was GOING to fish! So fish I did. I watched the 5lb trout stick their heads out and blow raspberries, I saw them leap gracefully over my rod only to ignore every single fly I tried... At one stage a stunning trout leapt out of the water behind me and beached itself, I am ashamed to say that I did attempt to catch this suicidal fish by hand, but I failed at that too and it leapt back into the depths.

So alas, with no fish to my name I returned to the car and a flask of comfort coffee (with coffee mate), and whilst pondering our bad luck with the weather, I noticed something hanging from the tree... Dad retrieved the object using his super telescopic landing net (I bought him that!) and we were amazed to see a tiny little bat that had been caught up in some tangled fishing line.

We carefully removed the hook from it's wing (which seemed to be in working order), while he buried his face up my sleeve (for the darkness I presume). Once the delicate surgery was over, we placed the bat in a protected area, in the eaves of a log cabin (full of bugs to eat) so that it could recover from it's ordeal at its own pace. I checked on him before we left and he seemed to be more alert. So, at the end of two days fishing in the northern wind and rain, I had a catch of 2 large roach (returned from whence they came) and a bat!

Some useful things to know:
• Bats cannot detect fine fishing line
• Fly fishing flies often look nothing like a fly! Some are called boobies and yes, their description is pretty accurate!
• A person does not reach their normal skin tone until after 10.30 in the morning (circulatory thing)
• Roach are very pretty fish and do grow quite large however they are not good for eating, apparently!

Until next time, stay away from the northern reaches until summer has been officially announced, don't talk to any strange men (or women) and NEVER play with matches!!
Posted by Angie at 04:33