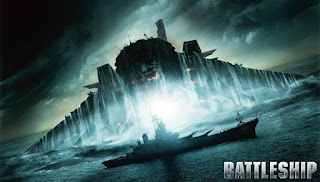 I was very excited on Monday, for two reasons, (1) O2 Priority moments were running a 40% discount on Odeon cinema tickets (2) I and two others had decided to go and see the film: Battlefield...
Sadly I was left disappointed on both counts. Having read the small print of the cinema offer, I thought I knew the conditions (Valid only on Sun, Mon, Tues & Thurs), however, I then read the small, small print, which excluded specific films, by specific films I mean all films on the headline list, all the blockbusters. I mean seriously, so this offer is only available for the films no-one wants to see? How does that work?

So having realised that the offer is a waste of time, we decide to go along anyway and see the movie anyway. Armed with the obligatory popcorn (Salt & sweet mixed) and a healthy dose of excited schoolboy/girl-esque anticipation, we entered an empty cinema. Admittedly there were a four people who joined us, but it almost felt like a private viewing – great! Sadly the enjoyment was short lived, before long the three of us were giggling in all the wrong places and the only thing that kept us there was sheer disbelief and of course the remaining popcorn (which never tastes as good outside the cinema).

Now I love a good sci-fi flick, aliens, elves, bring it on! so I am the ideal target audience for this film. How could they have possibly missed the mark? If you want a good giggle, then go and see this film, its funny, but for all the wrong reasons. The basic storyline was fair and I would say that it started reasonably strong, if a little cheesy, but Liam Neeson 'you made a bad decision when you accepted this script'. Overall, The lead actor was way too cartoon character like for my taste (Taylor Kitsch) and whereas I usually adore Alexander Skarsgard, I felt his role was just too weak. Rihhanna put in an appearance, but it was not a significant role and something more could have been done with that. The most entertaining roles and certainly the best played, were the geeks, the guys who were monitoring the communication station - genuinely first class. The cinema is so expensive now, I feel it only right that I should share my experience and hopefully save you a few pounds. If you feel you need to see it, then wait for it to come on your love film list and get it free. It's just not good enough for the big screen.
Posted by Angie at 00:52