As grand as they get! 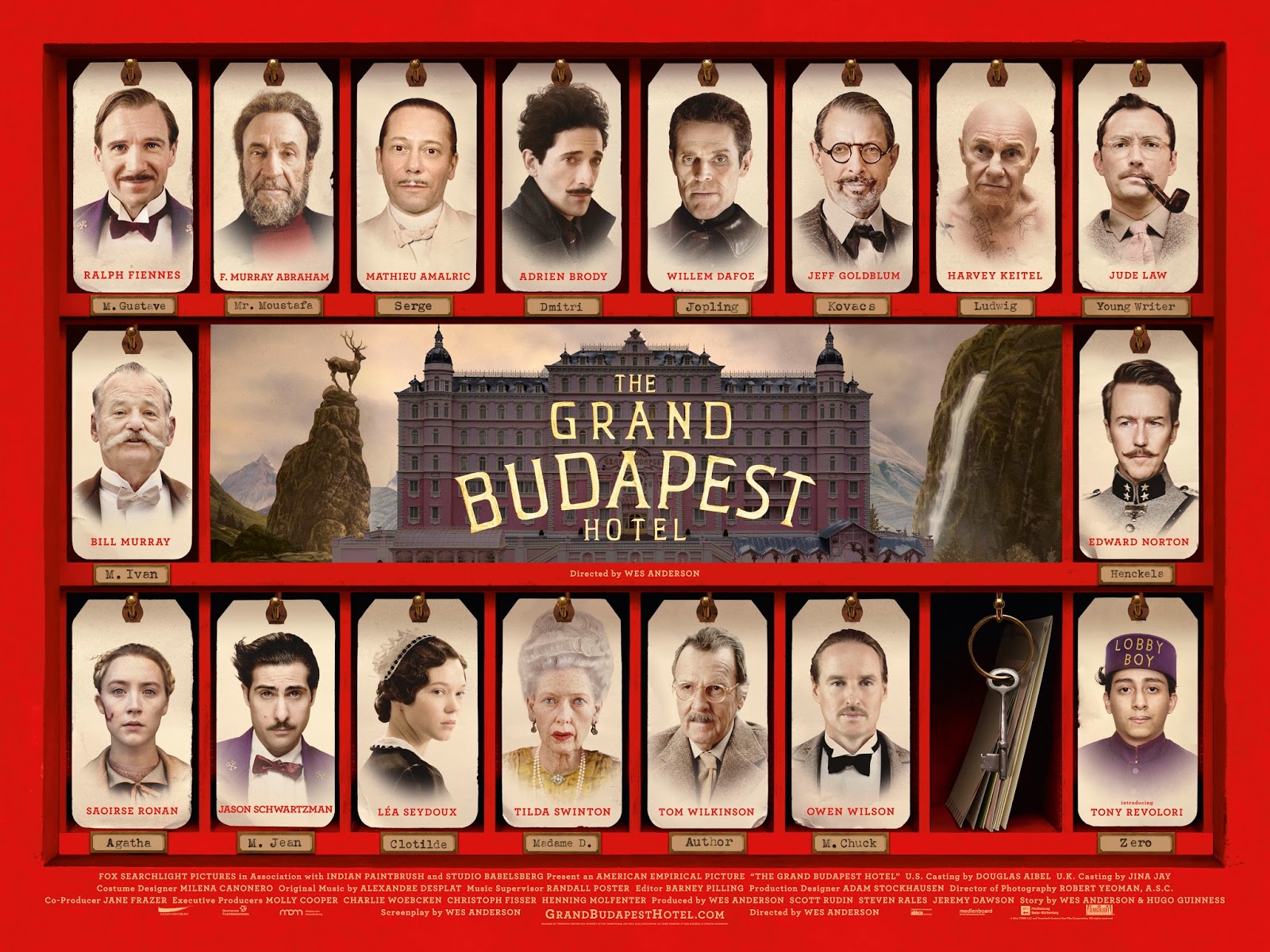 I must admit to being curious, curious but not overly excited about this film after seeing the trailer. The cast alone made it worthwhile to see, but I was a little worried that it might be a bit too slapstick for my tatses. However, I couldn't have been more wrong...

Ralph Fiennes played the role of Gustav H (Lead role as a Concierge) fantastically and as a character that went against everything I would expect, based on his previous roles - he really was the making of the film.

Without giving too much away, Fiennes plays a lovable rogue of a concierge to whom duty and of course good etiquette is paramount. He takes advantage of his female guests (or is it the other way round) with few consequences, until Madame D. (played by Tilda Swinton) that is. When this aging female guest dies unexpectedly, the audience is guided, largely narrative format through a creative series of incredible and unbelievable events that manages to cover topics from homosexuality to racism and more.

The pace is fast and the humour sometimes so subtle that you need to see it again almost immediately to be sure you caught everything. I loved every second of it.

I would describe it as Tim Burton meets Monty python, with a generous dash of Pratchett type humour and all seamlessly united in this amazing film. What a marvel – truly inspired and thoroughly entertaining throughout.

I would recommend that you don't get put off by the unusual cinematography or scene styling - this really is a film to have in the collection and watch again and again and again.