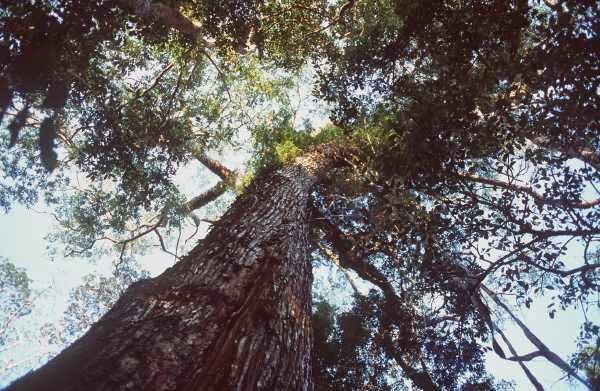 I watched 'I bought a rainforest' on BBC2 and although I haven't yet finished all three episodes, I was moved to shout from the rooftops about what I saw.

I love rainforests and I visit them at every opportunity, so I was intrigued to hear about this idealistic photographer (Charlie Hamilton James) who had purchased 100 acres in Peru, bordering a national Park in the hope of creating a 'safe buffer' to prevent the illegal timber felling affecting the park.

Watching the first episode was heartbreaking as it became apparent that Charlie faced not only an illegal Coca plantation on his land, but also the threats from illegal felling of hardwood tress that are in high demand and at high prices. I watched as a huge mahogany tree was felled shortly after all of the wildlife it supported was documented, including some species that may not be known to science, insects, butterflies, birds, amphibians and so on... I was truly distraught. The blame doesn't lie with the tree fellers, they are simply selling a commodity, the blame lies with the people who create a market for it - that's us folks!

We all know that our rainforests are under threat and some of us even do something to help where we can, with fundraising and suport and so on, but have you ever actually thought about the furniture in your home? Watch episode 1 of this eye opening series and you will see why I ask.

Apparently the Uk is currently one of the biggest offenders in its demand for Mahogany and other endangered hardwoods, and the truth is, that these trees not only support some extremely specialised wildlife, but some are also under threat of becoming extinct with 30 years. So what happens to the wildlife who depend on these trees? The same fate?

The key to this is not that we all need to buy a piece of the rainforest, in fact it's the opposite. The key lies in education – educate the locals, educate ourselves, the generations above us and the generations to come. Yes, mahogany is beautiful, but it's much more spectacuar when it's still alive and seen in all it's splendour. Let's stop buying endangered hardwood - we don't need to. We have sustainable wood available - switch your allegiance to that.

After wandering my home at the end of the program, I was shocked to realise that I had contributed in some way to the destruction of these trees and the wildlife they support. I found a little ebony, no mahogany, but some sandalwood and there's probably more that I can't identify - I have lots of wooden items. How scary is that?

I found this series, poignant, enlightening and heartbreaking and it made me want to spread the word. So if you are buying new furniture, please consider what it is made of. Don't buy it if it is tropical hardwood and ask that other people do the same. It will take a long, long time to undo the damage already done, but if we can all be more aware, perhaps we can prevent total loss of these majestic trees and the wildlife that needs them to survive.

Here's hoping that you can, and do, help spread the word. Let's make some noise.

If you want to see which woods to avoid, here's a link to some of the protected trees on the endangered list >

For the moment, you can watch it on the BBC here >

Do an internet search on saving the rainforest, if you want to do more. There are plenty out there and every rainforest is important.